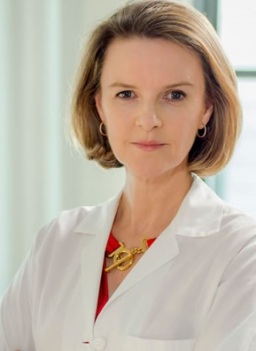 Geraldine McGinty, MD, MBA, FACR, chair of the ACR Board of Chancellors, contributed this post.

The American College of Radiology (ACR) has been focused on advocating for policies to expand access to low dose computed tomography (CT) screenings for early detection of lung cancer for many years.

Lung cancer claims over 140,000 lives per year in the US, more than the next three leading types of cancer combined. CT lung cancer screenings are the first and only cost-effective test proven to greatly reduce lung cancer deaths. That’s why we were excited to see former New York Lieutenant Governor Betsy McCaughey’s recent article, “Hope for defeating a ‘politically incorrect’ cancer,” where she argues the stigma around lung cancer is beginning to subside and getting tested is becoming more routine. However, as it went unmentioned, she may have been unaware that a major barrier to getting this care is the unequal reimbursement rates for CT lung cancer screening exams.

Medicare undervalues CT lung cancer screenings and treats them differently than similar types of scans. Shortly after Medicare began covering lung cancer tests in 2016, it cut the reimbursement to approximately $60 per exam, less than half of what it pays for a mammogram. This only continues to reinforce Ms. McCaughey’s argument that lung cancer is a disease to be ashamed of, discouraging prevention and treatment.

As we are all well aware, paying less for a procedure directly harms patients. If hospitals and outpatient facilities cannot afford to provide these tests, it greatly restricts the number of places patients can receive lung cancer screenings. We know that this preventative procedure has the potential to save 65,000 American lives each year. That number will never be realized if barriers remain that restrict access to these screenings.

I applaud former Lieutenant Governor McCaughey for highlighting the disparities between how the United States perceives and treats lung cancer compared to other cancers. Yet, we must remember that we need proper coverage so our patients who need these screenings the most can access them. ACR will continue to advocate for Centers for Medicare and Medicaid Services to increase the reimbursement rate for CT lung cancer screenings, thereby expanding public access to the procedure.

Please share your thoughts in the comments section below and join the discussion on Engage (login required).

Dr. McGinty is chair of the American College of Radiology Board of Chancellors. She is an expert in economics and a passionate advocate for quality imaging and its vital role in the delivery of health care.

Dr. Fleishon is vice chair of the American College of Radiology Board of Chancellors. He is an expert in government relations and has a special interest in radiology leadership and management.