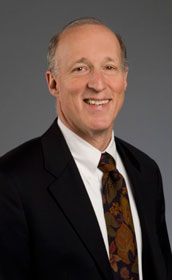 In April of 2013, I was due for repeat colorectal cancer (CRC) screening. I had undergone an optical colonoscopy in my late 40s, but it had been over 10 years since that exam. Instead of another optical colonoscopy (OC), I chose to have a Virtual Colonoscopy (VC), also known as CT Colonography (CTC).

Some of you reading this piece might be unfamiliar with VC, and that wouldn’t be a surprise. VC is the best-kept medical secret in the United States. VC substitutes ultra-low dose CT scans for the invasiveness of a typical optical colonoscopy. Here are just a few of the advantages of VC over OC:

This last bullet point returns us to the story of my VC on that day in April 2013. My colon was perfect, not a polyp to be found. But on review of the standard CT images, I did notice an abnormal contour of my left kidney. An MRI confirmed a solid enhancing 3 cm left renal mass. Three months later following robotic partial nephrectomy my papillary renal cell carcinoma was in a jar. (I memorialized the wild story of my surgical adventure here.)

Here is what else you should know.

What we have then is a screening test that is at least as accurate for the detection of polyps, the precursor lesion of CRC, as optical colonoscopy. It can even detect so-called flat polyps as well if not better than OC. VC is safe, requires no sedation or time off work, and as an extra benefit can detect significant disease outside of the colon. As if that wasn’t sufficient, VC costs far less than OC.

VC is better, safer and less expensive than OC. It should be the screening test of choice for colorectal cancer prevention in the United States and worldwide.

Want to really make a difference in your career? Embrace this life-saving exam. Learn it, and make sure your colleagues, friends, family and others know that VC is an American Cancer Society-recommended CRC screening option. As I discovered, the life you save may be your own.

*The ACR has created a resource section to help radiologists learn more about CTC. Providers can also send patients to RadiologyInfo.org/virtualCT .

One thought on “Virtual Colonoscopy Can Save Lives: Learn About It”