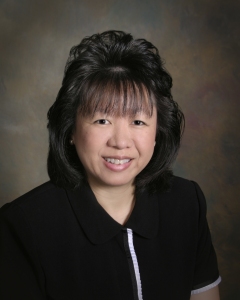 The following post was contributed by Judy Yee, MD, FACR, chair of the American College of Radiology Colon Cancer Committee.

This week the US Preventive Services Task Force did something different. Their latest colorectal cancer screening recommendation gave colorectal cancer screening an “A” grade and highlighted a small list of USPSTF “recommended” exams. The Task Force included CT colonography under a separate list of “alternative exams” that the USPSTF said were useful under certain circumstances.

However, the Task Force did not assign a letter grade to any specific screening technology. This is important. Under the Affordable Care Act, private insurers are required to cover (with no copay) exams given a grade of “A” or “B.” Medicare determines coverage separately, but it is unclear how these draft USPSTF recommendations would affect coverage and resulting patient access for CT colonography (or the other screening technologies) given the lack of a USPSTF grade.

ACR’s press release let it be known that failure to provide CTC a grade of B or higher is a blow to efforts to increase screening rates and save lives – because it is shown to increase screening compliance. We also stated that a “non-passing” grade would also cost CMS money because CTC is less expensive than optical colonoscopy. However, the fact that the USPSTF recognized CTC as an alternative exam may actually be an opportunity to move toward Medicare coverage.

The ACR is asking the USPSTF to clarify the grade issue and continues to work with HHS, Congress, patient advocacy groups and others to gain Medicare coverage for CTC, strengthen screening rates and save more lives. We will, of course, provide updates on this issue as they become available.

Please post this information in the comments section below or email to kkeysor@acr.org.